Nightingale of the Green Mill 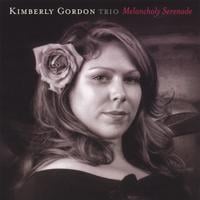 Her Sara-Vaughn-and-Ella-Fitzgerald-inspired voice will send you back in time. Local celebrity and jazz sensation, Kimberly Gordon and her organ trio, has been a late, Sunday night fixture at the Green Mill Lounge for almost a decade. Following Marc Smith’s original Poetry Slam, at 11PM Gordon belts out her favorite pop standards, while Chris Foreman hammers on his Hammond B3 piano, and Andy Brown riffs on his electric guitar. The trio improvises between the choruses lighting up the coveted Al Capone bar-side stage. Gordon’s original song “You’re Sweet, You’re Mine” was recently featured in the locally produced gangster flick Chicago Overcoat released by MTI Video in March, 2011.

Sunday nights with Gordon at the Green Mill recall the days when Al Capone sat in the booth seat closest to the back door of the landmark lounge in all it’s period glory, much of which is maintained to this day. The venue was the star in a memorable scene from the Vince Vaughn film, The Dilemma (2011). Gordon’s song, “Mr. Sandman” from her 2010 Album Melancholy Serenade was featured in “Lola” from season 8 of NIP/TUCK . Her new album, aptly titled Sunday, goes on sale July 1st, available on cdbaby.

Mentored by an anonymous former Columbia College Chicago professor, Gordon grew into a staple act for those in-the-know. Her signature is a rendition of the “Mr. Rogers” theme song she slips between acts. Gordon was stunning at Katerina‘s in Lincoln Square where my party received a very intimate performance of “Tenderly” and “Moonlight in Vermont” by request. She likes to harmonize with the Hammond B or scat her way to a song’s end, reminiscent of the best female jazz vocalists of the last century.

Listen to tracks from Gordon’s repertoire on Myspace. Download or purchase a hard copy of her album at Amazon or CD Baby.